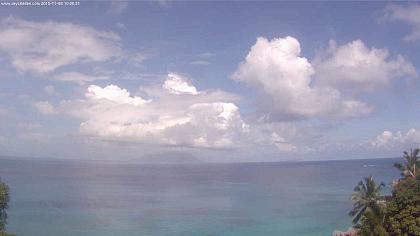 100%
Additional info
Seychelles, officially the Republic of Seychelles, is an archipelagic island country in the Indian Ocean at the eastern edge of the Somali Sea. It consists of 115 islands. Its capital and largest city, Victoria, is 1,500 kilometres (932 mi) east of mainland Africa. Other nearby island countries and territories include the Comoros, Madagascar, Mauritius, and the French overseas regions of Mayotte and Réunion to the south; and Maldives and the Chagos Archipelago to the east. Its estimated population of 98,462 is the smallest population of any sovereign African country.
Camera location