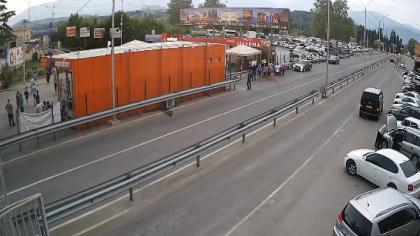 100%
Additional info
Abkhazia, also known as Apkhazeti, officially the Republic of Abkhazia, is a partially recognized state in the South Caucasus, recognised by most countries as part of Georgia, which views the region as an autonomous republic. It lies on the eastern coast of the Black Sea, south of the Greater Caucasus mountains in northwestern Georgia. It covers 8,665 square kilometres (3,346 sq mi) and has a population of around 245,000. Its capital is Sukhumi.
Camera location