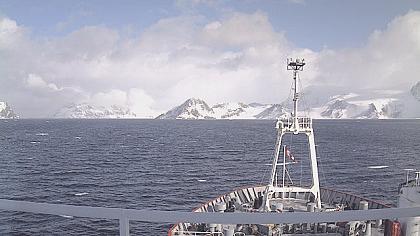 100%
Additional info
Antarctica is Earth's southernmost continent. It contains the geographic South Pole and is situated in the Antarctic region of the Southern Hemisphere, almost entirely south of the Antarctic Circle, and is surrounded by the Southern Ocean. At 14,200,000 square kilometres, it is the fifth-largest continent and nearly twice the size of Australia. It is by far the least populated continent, with around 5,000 people in the summer and around 1,000 in the winter. About 98% of Antarctica is covered by ice that averages 1.9 km in thickness, which extends to all but the northernmost reaches of the Antarctic Peninsula, while the McMurdo Dry Valleys is the driest place in the world, and has not seen rain for nearly 2 million years.
Camera location