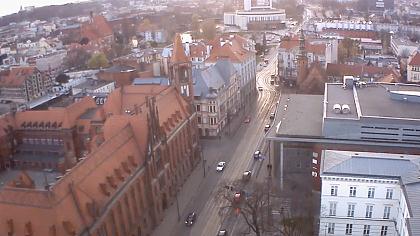 100%
Additional info
Bydgoszcz is a city in northern Poland, on the Brda and Vistula rivers. With a city population of 350,178, and an urban agglomeration with more than 470,000 inhabitants, Bydgoszcz is the eighth-largest city in Poland. It has been the seat of Bydgoszcz County and the co-capital, with Toruń, of the Kuyavian-Pomeranian Voivodeship since 1999. Prior to this, between 1947 and 1998, it was the capital of the Bydgoszcz Voivodeship, and before that, of the Pomeranian Voivodeship between 1945 and 1947. Located in the historical region of Kuyavia, it is its largest city.
Camera location