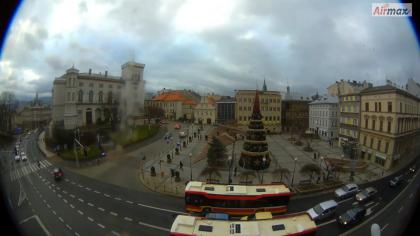 100%
Additional info
Bielsko-Biała (listen) is a city in southern Poland with a population of approximately 170,663 as of 2019. The city is a centre of the Bielsko Urban Agglomeration with 325,000 inhabitants and is an industrial (automotive), transport, and tourism hub. Located north of the Beskid Mountains, Bielsko-Biała is composed of two former cities on opposite banks of the Biała River, Silesian Bielsko and Lesser Poland's Biała, which merged in 1951.
Camera location