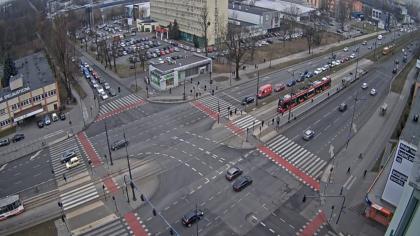 100%
Additional info
Łódź, written in English as Lodz, is the third-largest city in Poland and a former industrial centre. Located in the central part of the country, it has a population of 679,941 (2019). It is the capital of Łódź Voivodeship, and is located approximately 120 kilometres (75 mi) south-west of Warsaw. The city's coat of arms is an example of canting, as it depicts a boat, which alludes to the city's name.
Camera location