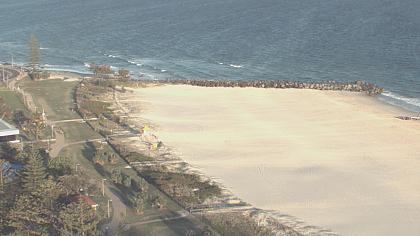 100%
Additional info
Queensland is a state of Australia. It is the second-largest and third-most populous Australian state. It is a federated state and a parliamentary constitutional monarchy. Situated in the north-east of the country, it is bordered by the Northern Territory, South Australia and New South Wales to the west, south-west and south respectively. To the east, Queensland is bordered by the Coral Sea and Pacific Ocean. To its north is the Torres Strait, separating the Australian mainland from Papua New Guinea. With an area of 1,852,642 square kilometres (715,309 sq mi), Queensland is the world's sixth-largest sub-national entity, and is larger than all but 15 countries. Due to its size, Queensland's geographical features and climates are diverse, including tropical rainforests, rivers, coral reefs, mountain ranges and sandy beaches in its tropical and sub-tropical coastal regions, as well as deserts and savanna in the semi-arid and desert climactic regions of its interior.
Camera location