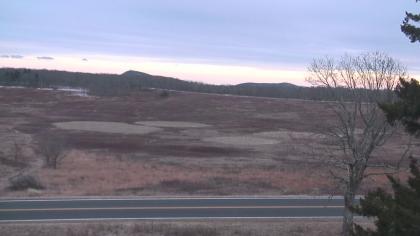 100%
Additional info
Shenandoah National Park is an American national park that encompasses part of the Blue Ridge Mountains in the Commonwealth of Virginia. The park is long and narrow, with the Shenandoah River and its broad valley to the west, and the rolling hills of the Virginia Piedmont to the east. Skyline Drive is the main park road, generally traversing along the ridgeline of the mountains. Almost 40% of the park's land—79,579 acres —has been designated as wilderness areas and is protected as part of the National Wilderness Preservation System. The highest peak is Hawksbill Mountain at 4,051 feet (1,235 m).Page County is located in the Commonwealth of Virginia. As of the 2020 census, the population was 23,709. Its county seat is Luray. Page County was formed in 1831 from Shenandoah and Rockingham counties and was named for John Page, Governor of Virginia from 1802 to 1805.Virginia, officially the Commonwealth of Virginia, is a state in the Mid-Atlantic and Southeastern regions of the United States, between the Atlantic Coast and the Appalachian Mountains. The geography and climate of the Commonwealth are shaped by the Blue Ridge Mountains and the Chesapeake Bay, which provide habitat for much of its flora and fauna. The capital of the Commonwealth is Richmond; Virginia Beach is the most-populous city, and Fairfax County is the most-populous political subdivision. The Commonwealth's population in 2020 was over 8.65 million, with 36% of them living in the Baltimore–Washington metropolitan area.
Camera location

Is it well worth to fit a live streaming cam into the blog?

Setting a live streaming cam to your site is without a doubt a great choice to advertise your business and its features. It is not important if it is a business site of a sea side holiday resort, an area services, an internet site of a restaurant or even a chair lift, or even a blog site focused entirely on the tourism industry. A live webcam view will unquestionably give a favorable impact on the traffic. In addition, the scene from the live streaming camera, for instance United States:

You can actually shoot whatever you want. You're basically confined simply from your own will or... General Data Protection Regulations. It's easy to fit a live streaming camera to your site.

Relating to going to a recreation area, several things appear in your brain. Is definitely the recreation area attractive? Can it be extremely crowded? Which things you can enjoy at that place? Which kind of activity perhaps there is for your children? Why not to experience a web tour to the recreation area that you might want to travel to!

Enjoying a tour provides short term happiness yet remembering about this visit can take you back to those sites, in that moment and even with those close folks that were actually with you there. Live cam is a fantastic technique to Reminisce about the stunning recollections simply because you will observe those sites live in your home.