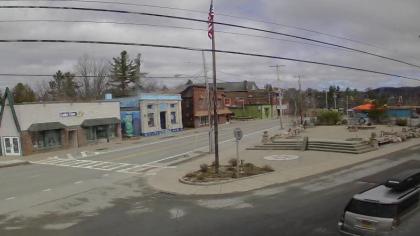 100%
Additional info
Old Forge is a hamlet on New York State Route 28 in the town of Webb in Herkimer County, New York, United States. The population was 756 at the 2010 census. Old Forge was formerly a village but dissolved its incorporation in 1936, but it remains the principal community in the region. As one of the western gateway communities of the Adirondack Park, Old Forge forms an extensive business district, primarily directed at tourism especially during the summer months. The local school is the Town of Webb UFSD, a K-12 institution with the Eskimo as their mascot. Old Forge often records the lowest winter temperatures in New York. On February 17, 1979, the record low temperature for New York was set in Old Forge at −52 °F (−47 °C).
Camera location