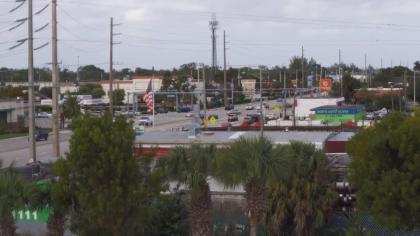 100%
Additional info
Lake Worth Beach, previously named Lake Worth, is a city in Palm Beach County, Florida, United States, located about 64 miles north of Miami, its name from the body of water along its eastern border known as the Lake Worth Lagoon. The lake itself was named for General William J. Worth, who led U.S. forces during the last part of the Second Seminole War. As of 2010, the population estimated by the U.S. Census Bureau was 34,910. It is a principal city of the Miami metropolitan area, which was home to an estimated 6,012,331 people in 2015.
Camera location