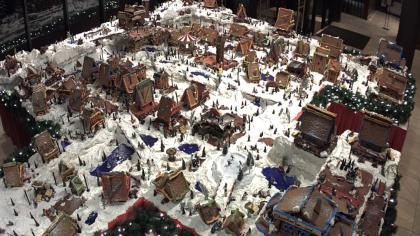 100%
Additional info
Anchorage is a unified home rule municipality in the U.S. state of Alaska, on the West Coast of the United States. With an estimated 288,000 residents in 2019, it is Alaska's most populous city and contains 39.37% of the state's population; among the 50 states, only New York has a higher percentage of residents who live in its most populous city. The Anchorage metropolitan area, which includes Anchorage and the neighboring Matanuska-Susitna Borough, had a population of 396,317 in 2019, accounting for more than half the state's population. At 1,706 square miles (4,420 km2) of land area, the city is the fourth-largest by area in the United States and larger than the smallest state, Rhode Island, which has 1,212 square miles (3,140 km2).
Camera location