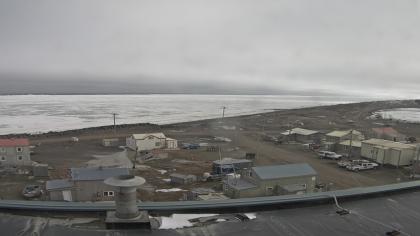 100%
Additional info
Utqiaġvik officially the City of Utqiaġvik and known as Barrow until 2016, is the largest city of the North Slope Borough in the U.S. state of Alaska and is located north of the Arctic Circle. Referred to as "Barrow" beginning in 1901, the city voted to restore its old Iñupiat name, Utqiaġvik, in 2016. Utqiaġvik is one of the northernmost public communities in the world and is the northernmost city in the United States. Nearby Point Barrow is the country's northernmost point. Utqiaġvik's population was 4,581 at the 2000 census and 4,212 at the 2010 census.
Camera location