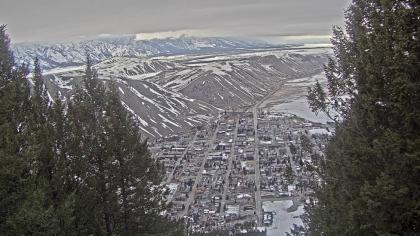 100%
Additional info
Jackson is a small city in the Jackson Hole valley of Teton County, Wyoming, United States. The population was 9,577 at the 2010 census, up from 8,647 in 2000. It is the largest town in Teton County and its county seat.Jackson is the principal town of the Jackson, WY-ID Micropolitan Statistical Area, which includes Teton County in Wyoming and Teton County in Idaho. The town, often mistakenly called Jackson Hole, derives its name from "Jackson Hole", the valley in which it is located. Jackson is a popular tourist destination due to its proximity to ski resorts: Jackson Hole Mountain, Snow King Mountain and Grand Targhee, as well as Grand Teton National Park, and Yellowstone National Park.
Camera location