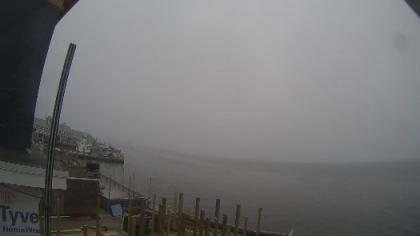 100%
Additional info
Fire Island is the large center island of the outer barrier islands parallel to the south shore of Long Island, New York. Occasionally, the name is used to refer collectively to not only the central island, but also Long Beach Barrier Island, Jones Beach Island, and Westhampton Island, since the straits which separate these islands are ephemeral. In 2012, Hurricane Sandy once again divided Fire Island into two islands. Together, these two islands are approximately 31 miles (50 km) long and vary between 520 and 1,310 feet wide. Fire Island is part of Suffolk County. It lies within the towns of Babylon, Islip, and Brookhaven, containing two villages and a number of hamlets. All parts of the island not within village limits are part of the Fire Island census-designated place (CDP), which had a permanent population of 292 at the 2010 census, though that expands to thousands of residents and tourists during the summer months.
Camera location