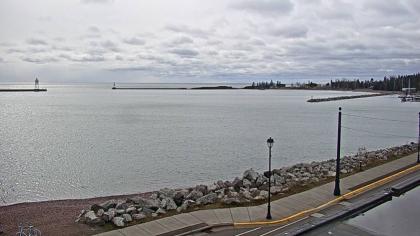 100%
Additional info
Grand Marais is a city in Cook County, Minnesota, United States. It is a northern town on the North Shore with a population of 1,351 at the 2010 census.[6] It is also the county seat and sole municipality of Cook County.[7] Prior to inhabitation by French Canadian settlers and prior to Minnesota's statehood, Grand Marais was inhabited by the Anishinaabe indigenous people, the thriving woodland people also known as the Ojibwe. The Ojibwe name for the area is Gichi-biitoobiig,[8] which means "great duplicate water," "parallel body of water" or "double body of water", a reference to the two bays which form this large harbor of Lake Superior.[9]
Camera location