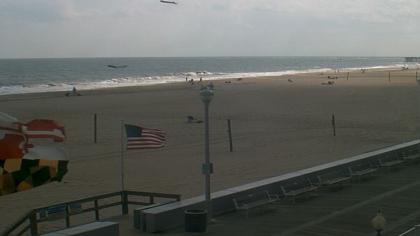 100%
Additional info
Ocean City, officially the Town of Ocean City, is an Atlantic resort town in Worcester County, Maryland, United States. Ocean City is a major beach resort area along the East Coast of the United States. The population was 7,102 at the 2010 U.S. Census, although during summer weekends the city hosts between 320,000 and 345,000 vacationers, and up to 8 million visitors annually. During the summer, Ocean City becomes the second most populated municipality in Maryland, after Baltimore. Located on Fenwick Island, it is part of the Salisbury, MD-DE Metropolitan Statistical Area, as defined by the United States Census Bureau.
Camera location