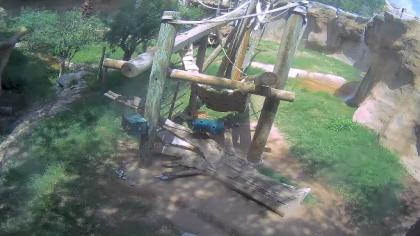 100%
Additional info
The El Paso Zoo is a zoo located in El Paso, Texas. The 35-acre (14 ha) facility houses animals representing over 220 species, including such critically endangered species as the Amur leopard and the Aruba rattlesnake. The zoo is home to a sea lion exhibit, which hosts daily shows, as well as exotic animals from around the world with feature attractions such as the African Star train and the Hunt Family Desert Spring. The zoo recently expanded in size with the addition on the new African Exhibit featuring lions, zebras, and giraffes.
Camera location