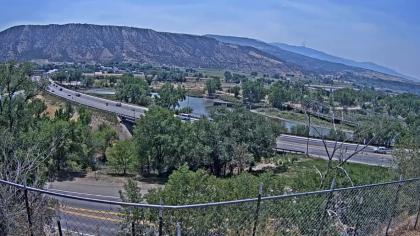 100%
Additional info
Rifle is a Home Rule Municipality in Garfield County, Colorado, United States. The population was 9,172 at the 2010 census, up from 6,784 at the 2000 census. Rifle is a regional center of the cattle ranching industry located along Interstate 70 and the Colorado River just east of the Roan Plateau, which dominates the western skyline of the town. The town was founded in 1882 by Abram Maxfield, and was incorporated in 1905 along Rifle Creek, near its mouth on the Colorado. The community takes its name from the creek.
Camera location