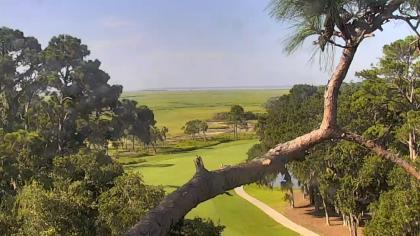 100%
Additional info
Skidaway Island is a barrier island and census-designated place (CDP) in Chatham County, Georgia, United States. The population was 8,341 at the 2010 census. It is part of the Savannah Metropolitan Statistical Area. A very affluent community, the island is well known for its waterfront properties and golf courses within The Landings, one of the largest gated communities in the country. Skidaway Island is home to the Skidaway Institute of Oceanography, a research institution operated by the University of Georgia and used by UGA scholars and researchers as well as those from the Georgia Institute of Technology, Savannah State University, the College of Coastal Georgia, and other universities.
Camera location