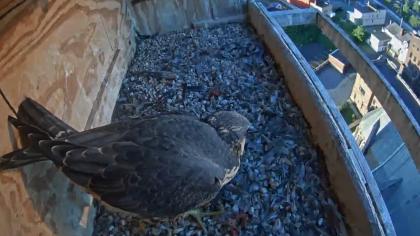 100%
Additional info
Utica is a city in the Mohawk Valley and the county seat of Oneida County, New York, United States. The tenth-most-populous city and sixth-most populous metro area in New York, its population was 62,235 in the 2010 U.S. census. Located on the Mohawk River at the foot of the Adirondack Mountains, it is approximately 95 miles west-northwest of Albany, 55 mi (89 km) east of Syracuse and 240 mi (386 km) northwest of New York City. Utica and the nearby city of Rome anchor the Utica–Rome Metropolitan Statistical Area comprising all of Oneida and Herkimer Counties.
Camera location