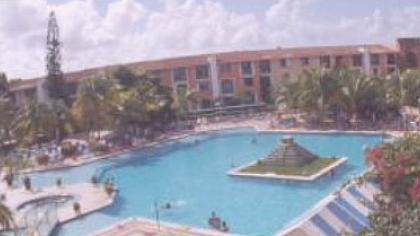 100%
Additional info
Mexico, officially the United Mexican States, is a country in the southern portion of North America. It is bordered to the north by the United States; to the south and west by the Pacific Ocean; to the southeast by Guatemala, Belize, and the Caribbean Sea; and to the east by the Gulf of Mexico. Covering 1,972,550 square kilometers (761,610 sq mi), Mexico is the 13th-largest country in the world, and with approximately 128,649,565 inhabitants, it is the world's 10th-most populous country and most populous Spanish-speaking nation. Mexico is a federation comprising 31 states, including Mexico City (CDMX), which is the capital city and its largest metropolis. Other major urban areas include Guadalajara, Monterrey, Puebla, Toluca, Tijuana, Ciudad Juárez, and León.
Camera location