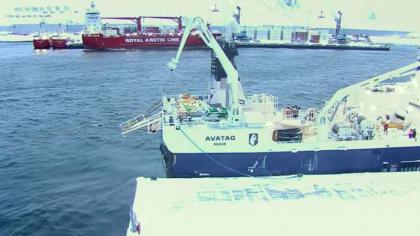 100%
Additional info
Nuuk is the capital and largest city of Greenland. Nuuk is the seat of government and the country's largest cultural and economic centre. The major cities from other countries closest to the capital are Iqaluit and St. John's in Canada and Reykjavík in Iceland. Nuuk contains almost a third of Greenland's population and its tallest building. Nuuk is also the seat of government for the Sermersooq municipality. In January 2020, it had a population of 18,326.
Camera location