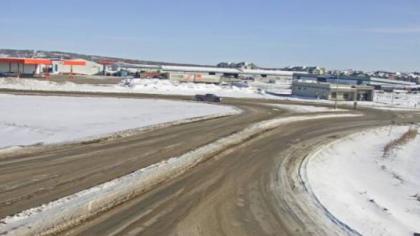 100%
Additional info
The City of Fort St. John is a city located in northeastern British Columbia, Canada. The most populous municipality in the Peace River Regional District, the city encompasses a total area of about 22 square kilometres (8.5 sq mi) with 20,155 residents recorded in the 2016 Census. Located at Mile 47 of the Alaska Highway, it is one of the largest cities between Dawson Creek, British Columbia and Delta Junction, Alaska. Established in 1794 as a trading post, Fort St. John is the oldest European-established settlement in present-day British Columbia. The city is served by the Fort St. John Airport. The municipal slogan is Fort St. John: The Energetic City.
Camera location