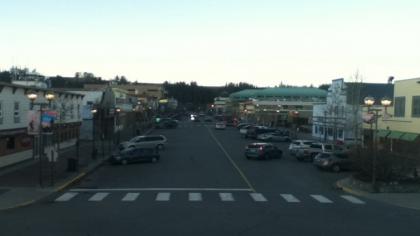 100%
Additional info
Whitehorse is the capital and only city of Yukon, and the largest city in northern Canada. It was incorporated in 1950 and is located at kilometre 1426 on the Alaska Highway in southern Yukon. Whitehorse's downtown and Riverdale areas occupy both shores of the Yukon River, which originates in British Columbia and meets the Bering Sea in Alaska. The city was named after the White Horse Rapids for their resemblance to the mane of a white horse, near Miles Canyon, before the river was dammed.
Camera location