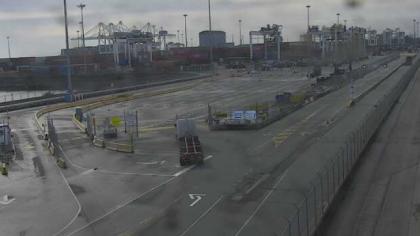 100%
Additional info
The Vancouver Fraser Port Authority,[ is responsible for overseeing the Port of Vancouver, Canada's largest port and the third largest in North America by tonnes of cargo, facilitating trade between Canada and more than 170 world economies. It is the principal authority for shipping and port-related land and sea use in the Metro Vancouver region. In 2014, the Port of Vancouver was the fourth largest port by tonnage in the Americas, 29th in the world in terms of total cargo and 44th in the world by container traffic. The Vancouver Fraser Port Authority was established by the Government of Canada in January 2008 and is responsible for the stewardship of the federal port lands in and around Vancouver, British Columbia. It is financially self-sufficient and accountable to the federal minister of transport and operates pursuant to the Canada Marine Act. The port authority and port terminals and tenants are responsible for the efficient and reliable movement of goods and passengers, integrating environmental, social and economic sustainability initiatives into all areas of port operations. Enabling the trade of approximately $240 billion in goods, port activities sustain 115,300 jobs, $7 billion in wages, and $11.9 billion in GDP across Canada.
Camera location