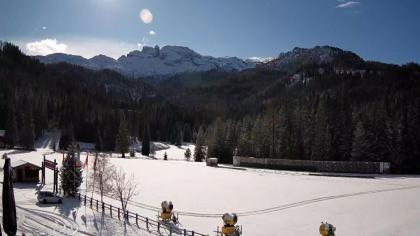 100%
Additional info
Italy, officially the Italian Republic, is a country consisting of a continental part, delimited by the Alps, a peninsula and several islands surrounding it. Italy is located in Southern Europe, and is also considered part of Western Europe. A unitary parliamentary republic with Rome as its capital, the country covers a total area of 301,340 km2 (116,350 sq mi) and shares land borders with France, Switzerland, Austria, Slovenia, and the enclaved microstates of Vatican City and San Marino. Italy has a territorial enclave in Switzerland (Campione) and a maritime exclave in Tunisian waters (Lampedusa). With around 60 million inhabitants, Italy is the third-most populous member state of the European Union.
Camera location