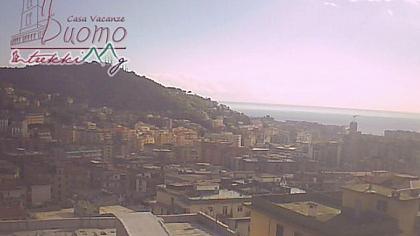 100%
Additional info
Salerno is an ancient city and comune in Campania and is the capital of the namesake province. It is located on the Gulf of Salerno on the Tyrrhenian Sea. The city is divided into three distinct zones: the medieval sector, the 19th century sector and the more densely populated post-war area, with its several apartment blocks.
Camera location