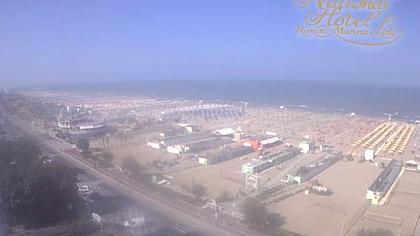 100%
Additional info
Rimini is a city in the Emilia-Romagna region of northern Italy and capital city of the Province of Rimini. It sprawls along the Adriatic Sea, on the coast between the rivers Marecchia and Ausa. It is one of the most notable seaside resorts in Europe with revenue from both internal and international tourism forming a significant portion of the city's economy. The first bathing establishment opened in 1843. An art city with ancient Roman and Renaissance monuments, Rimini is also the birthplace of the famous film director Federico Fellini.
Camera location