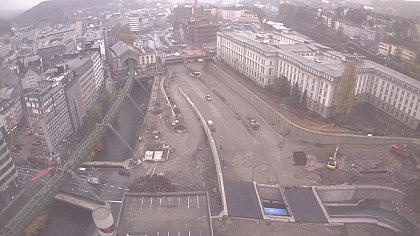 100%
Additional info
Wuppertal is a city in North Rhine-Westphalia, Germany, in and around the Wupper valley, east of Düsseldorf and south of the Ruhr. With a population of approximately 350,000, it is the largest city in the Bergisches Land. Wuppertal is known for its steep slopes, its woods and parks, and its suspension railway, the Wuppertal Schwebebahn. It is the greenest city of Germany, with two-thirds green space of the total municipal area. From any part of the city, it is only a ten-minute walk to one of the public parks or woodland paths.
Camera location