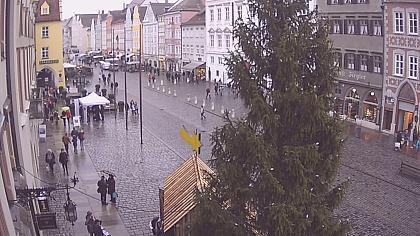 100%
Additional info
Landshut is a town in Bavaria in the south-east of Germany. Situated on the banks of the River Isar, Landshut is the capital of Lower Bavaria, one of the seven administrative regions of the Free State of Bavaria. It is also the seat of the surrounding district, and has a population of more than 70,000. Landshut is the largest city in Lower Bavaria, followed by Passau and Straubing, and Eastern Bavaria's second biggest city.
Camera location