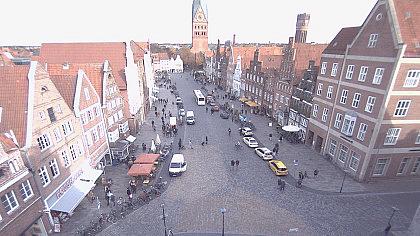 100%
Additional info
Lüneburg, also called Lunenburg in English, is a town in the German state of Lower Saxony. It is located about 50 km (31 mi) southeast of another Hanseatic city, Hamburg, and belongs to that city's wider metropolitan region. The capital of the district which bears its name, it is home to roughly 77,000 people. Lüneburg's urban area, which includes the surrounding communities of Adendorf, Bardowick, Barendorf and Reppenstedt, has a population of around 103,000. Lüneburg has been allowed to use the title "Hansestadt" in its name since 2007, in recognition of its membership in the former Hanseatic League. Lüneburg is also home to Leuphana University.
Camera location