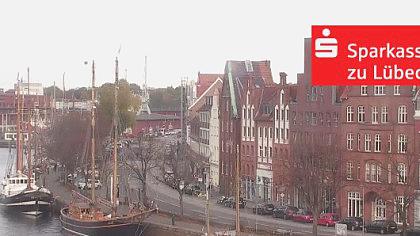 100%
Additional info
Lübeck, officially the Hanseatic City of Lübeck (German: Hansestadt Lübeck), is, with around 217,000 inhabitants, the second-largest city on the German Baltic coast and in the state of Schleswig-Holstein, after its capital of Kiel, and it is the 35th-largest city in Germany. The city lies in Holstein, northeast of Hamburg, on the mouth of the River Trave, which flows into the Bay of Lübeck in the borough of Travemünde, and on the Trave's tributary Wakenitz. The Elbe–Lübeck Canal, which connects the Baltic to the Elbe River at Lauenburg, also crosses the city. Lübeck is surrounded by the lakes of the Lauenburg Lakes Nature Park in the southeast, and the lakes of Wagria in the northwest. The city is part of the Hamburg Metropolitan Region, and is the southwesternmost city on the Baltic, as well as the closest point of access to the Baltic from Hamburg. The port of Lübeck is the second-largest German Baltic port after the port of Rostock. There is a regional airport in the southern borough of Blankensee. The city lies in the Northern Low Saxon dialect area of Low German.
Camera location