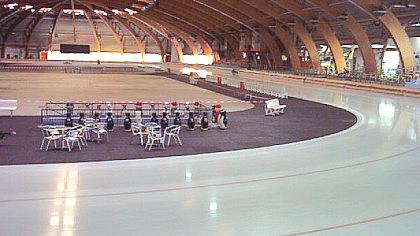 100%
Additional info
Erfurt is the capital and largest city in the state of Thuringia, central Germany. It is located in the southern part of the Thuringian Basin, within the wide valley of the Gera river. It is located 100 km (62 mi) south-west of Leipzig, 300 km (186 mi) south-west of Berlin, 400 km (249 mi) north of Munich and 250 km (155 mi) north-east of Frankfurt. Together with a string of neighbouring cities Gotha, Weimar, Jena and others, Erfurt forms the central metropolitan corridor of Thuringia called Thüringer Städtekette with over 500,000 inhabitants.
Camera location