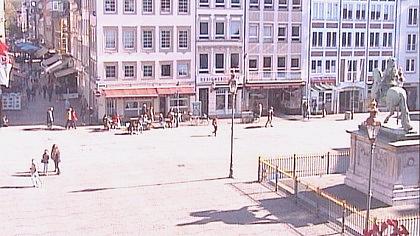 100%
Additional info
Düsseldorf is the capital and second-largest city of the most populous German state of North Rhine-Westphalia after Cologne, and the seventh-largest city in Germany, with a population of 617,280. At the confluence of the Rhine and its tributary Düssel, the city lies in the centre of both the Rhine-Ruhr and the Rhineland Metropolitan Regions with the Cologne Bonn Region to its south and the Ruhr to its north. Most of the city lies on the right bank of the Rhine. The city is the largest in the German Low Franconian dialect area. "Dorf" meaning "village" in German, the "-dorf" suffix is unusual in the German-speaking area for a settlement of Düsseldorf's size.
Camera location