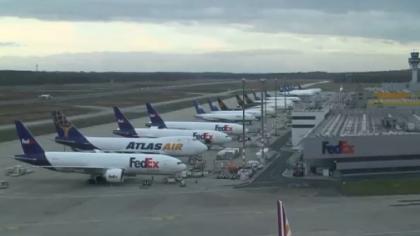 100%
Additional info
Cologne Bonn Airport is the international airport of Germany's fourth-largest city Cologne, and also serves Bonn, former capital of West Germany. With around 12.4 million passengers passing through it in 2017, it is the seventh-largest passenger airport in Germany and the third-largest in terms of cargo operations. By traffic units, which combines cargo and passengers, the airport is in fifth position in Germany. As of March 2015, Cologne Bonn Airport had services to 115 passenger destinations in 35 countries. It is named after Konrad Adenauer, a Cologne native and the first post-war Chancellor of West Germany.
Camera location