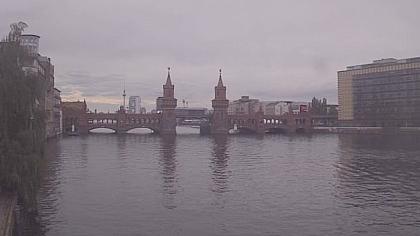 100%
Additional info
Berlin is the capital and largest city of Germany by both area and population. Its 3,769,495 inhabitants as of December 31, 2019 make it the most populous city of the European Union, according to population within city limits. The city is also one of Germany's 16 federal states. It is surrounded by the state of Brandenburg, and contiguous with Potsdam, Brandenburg's capital. The two cities are at the center of the Berlin-Brandenburg capital region, which is, with about six million inhabitants and an area of more than 30,000 km2, Germany's third-largest metropolitan region after the Rhine-Ruhr and Rhine-Main regions.
Camera location