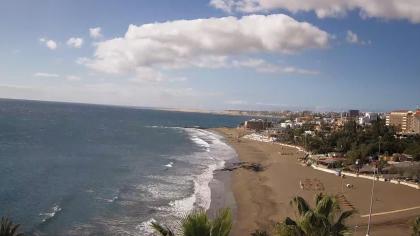 100%
Additional info
San Bartolomé de Tirajana is a village and a Spanish municipality in the south-eastern part of the island of Gran Canaria in the Las Palmas province in the Canary Islands. With an area of 333.13 km2 (128.62 sq mi), San Bartolomé de Tirajana is the largest municipality in area on the island as well as the Canary Islands. The population is 56,698 (2013).
Camera location