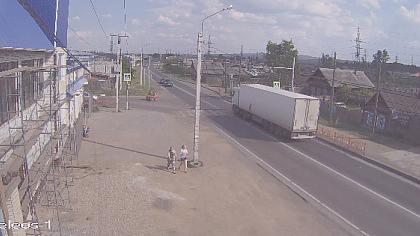 100%
Additional info
Russia, or the Russian Federation, is a European country located in Eastern Europe with a vast expanse of territory that stretches across Northern Asia. At 17,125,200 square kilometres (6,612,100 sq mi), it is by far the largest country in the world by area, covering more than one-eighth of the Earth's inhabited land area, spanning eleven time zones, and bordering 16 sovereign nations. The territory of Russia extends from the Baltic Sea in the west to the Pacific Ocean in the east, and from the Arctic Ocean in the north to the Black Sea and the Caucasus in the south. With 146.7 million inhabitants living in the country's 85 federal subjects as of 2020, Russia is the most populous nation in Europe and the ninth-most populous nation in the world. Russia's capital and largest city is Moscow; other major urban areas include Saint Petersburg, Novosibirsk, Yekaterinburg, Nizhny Novgorod, Kazan and Chelyabinsk.
Camera location