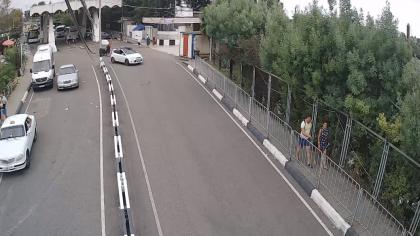 100%
Additional info
Sochi is a city in Krasnodar Krai. It is located in European Russia, on the Black Sea coast near Russia's southern border. The Greater Sochi area, which includes territories and localities subordinated to Sochi proper, has a total area of 3,526 square kilometers (1,361 sq mi) and sprawls for 145 kilometers (90 mi) along the shores of the Black Sea near the Caucasus Mountains. The area of the city proper is 176.77 square kilometers (68.25 sq mi). According to the 2010 Census, the city had a permanent population of 343,334, up from 328,809 recorded in the 2002 Census, making it Russia's largest resort city. Being part of the Caucasian Riviera, it is one of the very few places in Russia with a subtropical climate, with warm to hot summers and mild winters.
Camera location