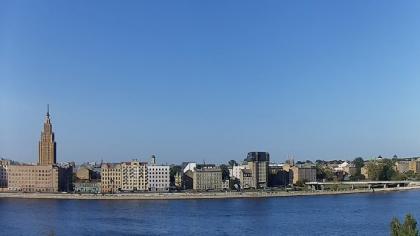 100%
Additional info
Riga is the capital of Latvia and is home to 627,487 inhabitants (2020), which is a third of Latvia's population. Being significantly larger than other cities of Latvia, Riga is the country's primate city. It is also the largest city in the three Baltic states and is home to one tenth of the three Baltic states' combined population. The city lies on the Gulf of Riga at the mouth of the Daugava river where it meets the Baltic Sea. Riga's territory covers 307.17 km2 (118.60 sq mi) and lies 1–10 m above sea level, on a flat and sandy plain.
Camera location