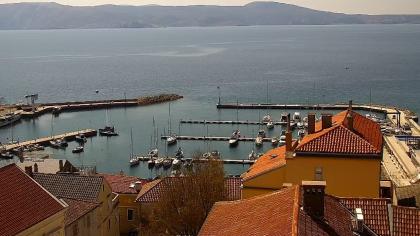 100%
Additional info
Novi Vinodolski is a town on the Adriatic Sea coast in Croatia, located south of Crikvenica, Selce and Bribir and north of Senj. The population of Novi is 3,988, with a total of 5,131 people in the city administered area. The city area became a Frankopan property in the 13th century, marking the period to which the most valuable heritage is dated, including the Law codex of Vinodol. City hinterland is dominated by the Vinodol Valley, used for agriculture and winemaking. The city's economy is dominated by tourism, as Novi Vinodolski is well known tourist centre situated in an area largely unaffected by other types of industry and it offers a wide variety of tourist amenities. The Vinodol Valley is also the site of a hydroelectric power plant utilizing water collected in Gorski Kotar reservoirs. Transport links of the city are substantially dependent on the nearby city of Rijeka.
Camera location