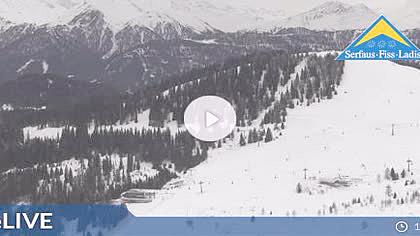 100%
Additional info
Serfaus is a municipality in the district of Landeck in the Austrian state of Tyrol. It is well known as part of the ski-region "Serfaus-Fiss-Ladis", which was formed when Serfaus teamed up with the two nearby municipalities of Fiss and Ladis in 1999. Serfaus is also known for its small hovertrain subway system, the U-Bahn Serfaus. With four stations and a length of 1280 m it allows for a complete ban of cars within the town, while at the same time maintaining the village's attractiveness to tourists, particularly skiers.
Camera location