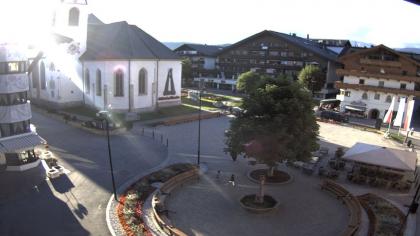 100%
Additional info
Seefeld in Tirol is an old farming village, now a major tourist resort, in Innsbruck-Land District in the Austrian state of Tyrol with a local population of 3,312. The village is located about 17 km (11 mi) northwest of Innsbruck on a plateau between the Wetterstein mountains and the Karwendel on a historic road from Mittenwald to Innsbruck that has been important since the Middle Ages. It was first mentioned in 1022 and since the 14th century has been a pilgrimage site, benefiting not only from the visit of numerous pilgrims but also from its stacking rights as a trading station between Augsburg and the Venice. Also since the 14th century, Tyrolean shale oil has been extracted in the area. Seefeld was a popular holiday resort even before 1900 and, since the 1930s, has been a well known winter sports centres and amongst the most popular tourist resorts in Austria. The municipality, which has been the venue for several Winter Olympics Games, is the home village of Anton Seelos, the inventor of the parallel turn.
Camera location