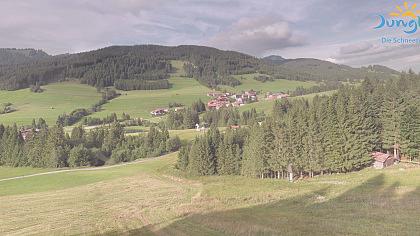 100%
Additional info
Jungholz is a village in the district of Reutte in the Austrian state of Tyrol that is accessible only via Germany. The lack of a road connection to anywhere else in Austria led to Jungholz being included in the German customs area until Austria joined the EU in 1995. It also used the German mark instead of the Austrian schilling as currency until 2002 when the euro took over. Letters to Jungholz can be addressed with either a German or an Austrian postcode.
Camera location