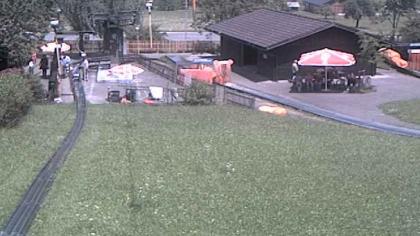 100%
Additional info
Lake Wolfgang is a lake in Austria that lies mostly within the state of Salzburg and is one of the best known lakes in the Salzkammergut resort region. The municipalities on its shore are Strobl, St. Gilgen with the villages of Abersee and Ried as well as the market town of St. Wolfgang in the state of Upper Austria. The town and the lake are named after Saint Wolfgang of Regensburg, who, according to legend, built the first church here in the late 10th century.
Camera location