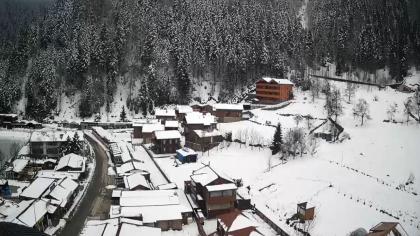 100%
Additional info
Trabzon, historically known as Trebizond in English, is a city on the Black Sea coast of northeastern Turkey and the capital of Trabzon Province. Trabzon, located on the historical Silk Road, became a melting pot of religions, languages and culture for centuries and a trade gateway to Persia in the southeast and the Caucasus to the northeast. The Venetian and Genoese merchants paid visits to Trabzon during the medieval period and sold silk, linen and woolen fabric. Both republics had merchant colonies within the city – Leonkastron and the former "Venetian castle" – that played a role to Trabzon similar to the one Galata played to Constantinople. Trabzon formed the basis of several states in its long history and was the capital city of the Empire of Trebizond between 1204 and 1461. During the early modern period, Trabzon, because of the importance of its port, again became a focal point of trade to Persia and the Caucasus.
Camera location